Tips For Choosing The Right Glass For Your Needs

Tips for Choosing the Right Glass for Your Needs 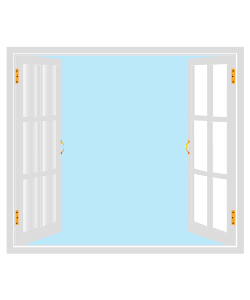 Choosing the right types of glass for your home projects can be challenging. That's why we've created this blog. We can help you determine if you need beveled glass, smoked glass, tempered glass, or well-insulated glass for your windows or other projects. By browsing our site, you might also find some interesting information on how to care for your glass lighting fixtures, patio doors, fireplace doors, and even your bathroom mirrors. Before you purchase glass materials for your home project and before you hire a window or glass contractor, take a look at our site so that you can become a well-informed consumer.

Most people buy a car and drive away from the deal …

People don't have to worry about their windows sha …

In many major cities, crime and property damage ar …

Read More
Winter Weather Just Cracked Your Windshield. What Do You Do Now?
9 January 2020

In many major cities, crime and property damage are a common things. For many small business owners, damage to their store fronts, including damage from vandalism and graffiti, can be devastating. Not only does graffiti make a store facade look bad, it can give the impression that a store isn't well taken care of. Worst of all, it can be incredibly expensive to replace windows that have been damaged by criminal behavior. Thankfully, there are some remedies for these problems, and one of the best is graffiti window film, which is designed as a proactive product to protect your business facade.There are three main perks to getting graffiti film installed.

Some paints can be almost impossible to remove from windows. Many store owners have had to completely replace windows damaged by paint and other substances used by people seeking to cause damage or tag a store. Graffiti window film adds a protective layer against the glass, and it's also is easier to clean than glass. Paint won't stick to the film substance in the same way it does to glass.

Many store owners like the idea of having art in their windows or different signage. Graffiti window film not only protects against vandalism, it comes with different colors and art. It can also be custom designed with your business logo, slogan, or information. That means you can have your window film come with your business hours printed on it or other important information that you want to be permanently available to customers walking by.

For warmer climates, you may want to get graffiti film that is tinted. The tinted film will protect your windows from damage, but it also blocks the sun and keeps a building at a cooler temperature. Many businesses have benefited from tinted windows because it hasn't required them to use their air conditioners as much. While the tinted option can be more expensive to install, it will save your business money in the long run.

Being willing to spend money to protect your business facade is worth it if you have had an issue with property crimes in your area. Graffiti window film is a great option for protection, signage, and energy-saving features that will save you money in the long run. Graffiti window will also enhance the aesthetic of your business's exterior, which is always a positive.